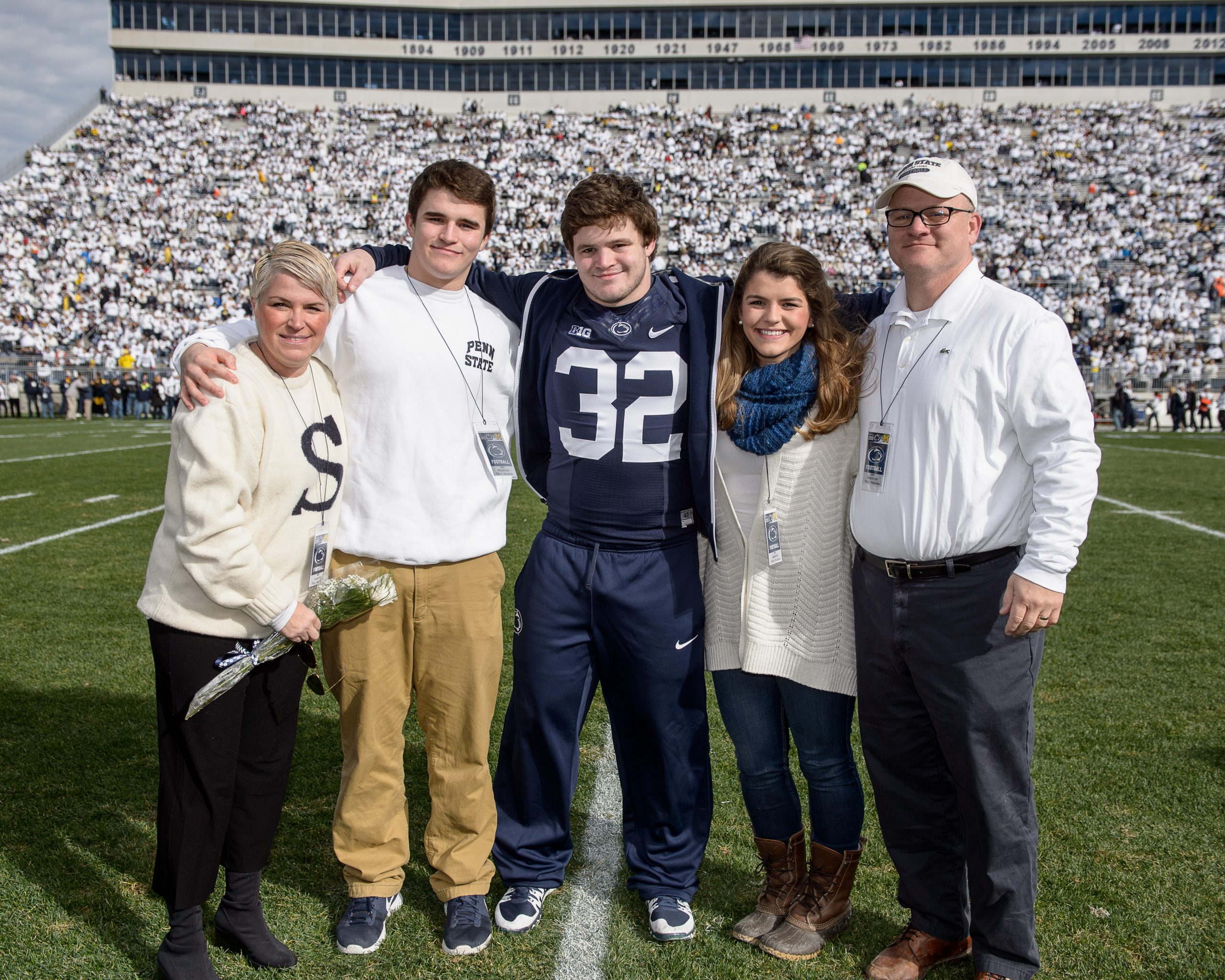 They could have sent their kids to just about any high school in the world.

But they send them to State College Area High School, to ‘State High’.

And when you think about that fact for a second, you’ll realize that it says a lot about two State High School alumni named Steve and Amy Haffner. And that it also says a lot about this State College Area School District of ours.

See, after years of living far from their native Centre County roots, in places about as far flung from Beaver Stadium or East College Avenue as you can get- we’re talking Texas, Italy, and even Russia- the Haffners were in a very unique position. Steve, a 1985 State High grad himself, had climbed a bunch of ladders and earned himself an audit partner position with the prestigious PricewaterhouseCoopers (PwC). Which essentially meant that Amy and Steve could live almost anywhere in the world they wanted.

Thing is though, they had kids. And like so many parents, they wanted their kids’ high school experience to be as ideal and memorable as their own.

“For almost 20 years, our family lived away from State College,” Steve says. “We made the conscious decision to relocate back to State College in large part so our kids would have some of the same opportunities that we did and go to State High.”

So as their oldest son, Jack, approached his high school years, Amy and Steve looked each other deep in the eye and made the decision they knew they had to make, the one they wanted to make.

The Haffner kids would be State High kids.

Steve Haffner and Amy Sichler first met when they were just State High kids themselves, catching each other’s curious glances across the noisy hall, or maybe standing in the lunch line on some long lost Monday afternoon. Steve was a 10th grader and Amy was a freshman and it was the early 80’s, the MTV years. Joe Paterno was only halfway through his Penn State gridiron legacy when something clicked up in the stars and Steve and Amy connected.

And connect they did. High school romances come and go, we all know that, yet sometimes things turn out differently. And so this one lasted. This wasn’t some summer vacation puppy love romance. Oh no. Of all the State High couples that have ever fallen for each other, this one is still going strong.

That part of the Haffner family’s tale makes it riveting to hear, I think.

You almost get the feeling that their decision to return to these parts, to allow their own kids the chance to attend State High, it’s all tied up in something almost magical.

Hey, they don’t call it Happy Valley for nothing, right?

Lessons Learned at State High are Passed Down to the Next Generation
Football, wrestling, baseball: Steve played them all in high school. And word has it he was darn good too. Amy excelled at sports as well, playing field hockey from the time she was a freshman right through her senior year, not to mention volleyball and indoor track.

The games, the practices, the coaches, the wins, and even the losses were all a huge part of the couple’s State High years. Looking back, Steve recalls not just the wins or the victory moods sweeping through the school bus on a trip back from some away game triumph, but also the way defeats added up to something important and critical for a Centre County lad destined for a successful career and a global life.

“Athletics accounted for many of the most positive experiences that I had in the SCASD,” Steve remembers. “These experiences include sharing some exciting wins along with my teammates in front of many friends and family in the stands. Of course, along with some great victories also came some painful losses. There were plenty of lessons to be learned in those losses as well. I share stories of both with my kids often.”

These days though, the Haffners, who themselves come from a long line of State College Area School District grads, do as much listening to State High stories as they do telling their own.

Their son, Jack graduated from State High in 2012. And the very next year it was daughter, Carly’s turn to receive her diploma.

Coming Back to Happy Valley was a “Great Decision”

These are State College people.

These are State College people and they came home, remember? Now look at them, graduating left and right.
For a legacy family like this bunch, with multiple Sichler and Haffner generations having passed through the SCASD doors across a long stretch of decades, Amy and Steve are understandably proud of their district roots.

“We have a unique sense of SCASD school pride since our family has lived all over the world,” Steve told me. “Seeing the kids don the maroon and white has been a great experience as a dad.”

Is that enough though, to just stand back and beam, to simply be proud alumni parents watching their own sons and daughters passing through the same exact school where they first met?

Steve and Amy Haffner walk the walk by remaining as active as possible in State High activities and athletics.

“We remain involved in our kids’ activities as fans and through being involved in sports booster clubs,” says Steve. “Amy is the current football booster club president. I hosted some State High Accounting students on field trips to PwC in Pittsburgh and Harrisburg. We both feel it is important to give back to the SCASD and support the success of its students.”

In the end, the State High family leaves a tremendous sense of pride for the Haffner family.

“Coming back to State College and State High was a great decision for our family,” said Steve. “My kids have had the opportunities to compete on the same fields that we did, to have a few of our past teachers for classes and to walk in our old hallways and classes.”

Who knows? Perhaps the next generation of Haffner kids will follow in their footsteps, too. Only time will tell.