Spreading Holiday Cheer while Giving Back to the Community 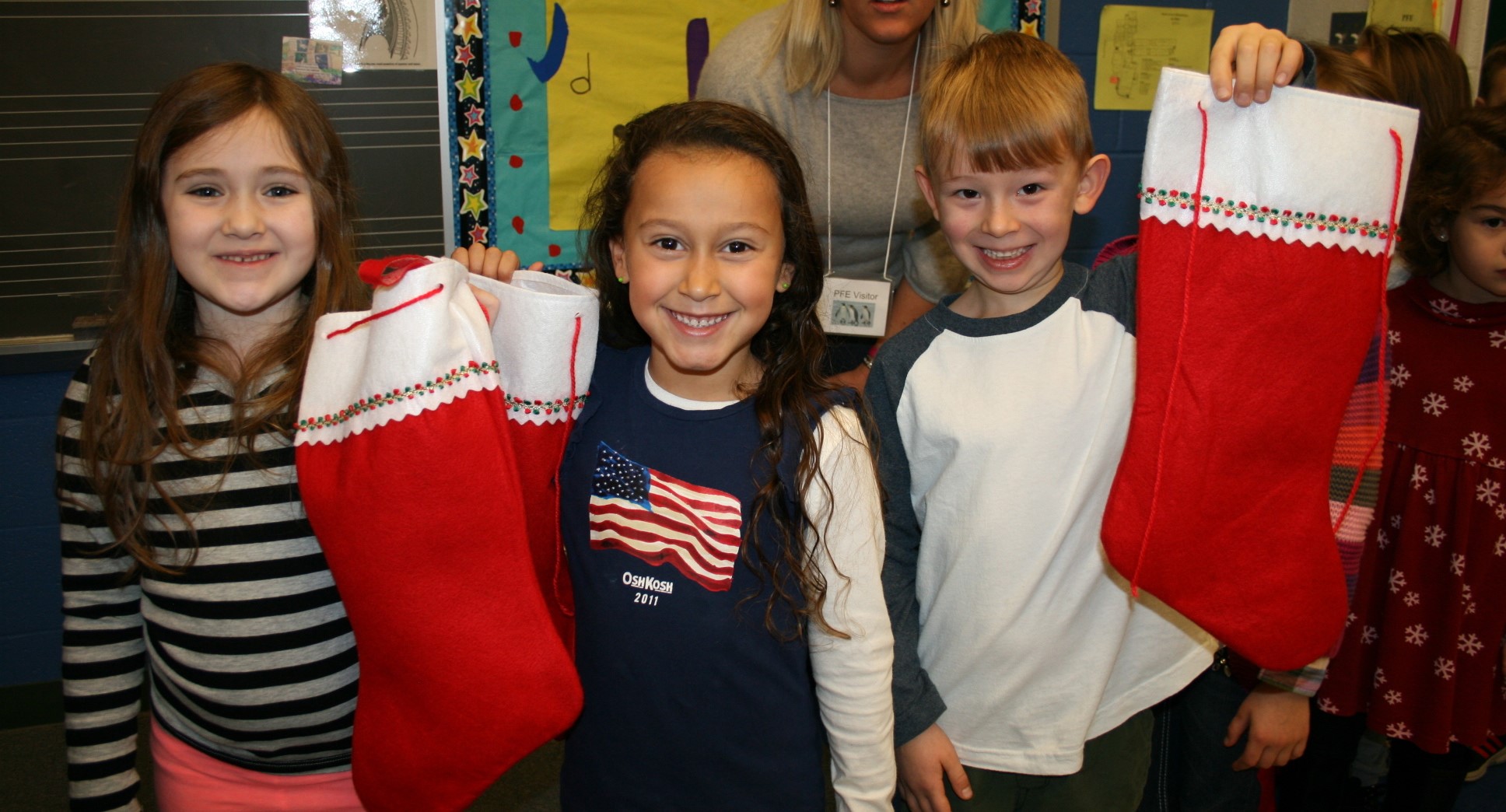 SCASD students have been getting in the holiday spirit by giving gifts of their own: service to the community.

From a school-wide food drive at Gray’s Woods Elementary to benefit local families in need, to a Penny War competition at Radio Park Elementary to benefit Penn State’s Dance Marathon, to high school students caroling at a local retirement community, SCASD students have been making the season a little brighter.

She grabbed a can of green beans, then a jar of applesauce and boxes of macaroni and cheese and stuffing. It was turning into a tasty meal — for another child.

The Gray’s Woods Elementary School second-grader stuffed a sturdy plastic bag with enough items for a family in need to prepare a holiday feast. All around her in the classroom, classmates followed suit.

One bag after another, they upheld a school tradition.

For the past 10 years, Gray’s Woods has organized a school-wide food drive for local families in need during the holiday season. This year marked the second straight that teacher Erin DiPerna’s class led the charge. Gratz and the rest of her students collected food donations from classes — each of whom had an assigned item — and $1 donations from students to provide vouchers for families to obtain hams or turkeys.

The day after DiPerna’s students and paraprofessional Robin Walter assembled the dinners, a caravan of volunteers wheeled 66 complete bags and leftover food items — such as 50 extra bottles of gravy — in wagons to their cars and drove everything to the Philipsburg Food Bank. They also turned over a little more than $807 for the vouchers.

Gratz said it was a “privilege” to help out families.

“I think the best part of it was where you got to count the money and put the food in the bags,” she said. “The thought of all the families smiling for Christmas and Hanukkah, the smiles make you happy.”

Students also made holiday cards to attach to the bags. DiPerna said they added “a little personal touch,” noting she wanted her students, even at their age, to “feel empowered” to help others.

“I tell my students, ‘If everyone pitches in a little bit, the impact we can make on the community is amazing,’ ” she said.

Walter said the holiday dinner bags, extra food and vouchers were “a present from Gray’s Woods,” reflecting a true collaboration among teachers, staff members and students.

Gray’s Woods also collected hats, mittens, socks and other items for local families under its annual “Giving Tree;” donated clothes and gifts to a few school families via a “Secret Santa” program; and sent cards, letters and items to overseas military personnel.

Here are some other examples of SCASD students and teachers getting into the spirit of the giving season:

Radio Park Elementary School held its first school-wide “Penny War” competition Dec. 7-18 to benefit Penn State IFC/Panhellenic Dance Marathon, or Thon, and families fighting pediatric cancer. Every class had a jar outside their room. Students could put pennies in their jars for positive points and other coins and bills in rival jars for negative points — a quarter, for example, subtracted 25 points from a jar’s total. The class with the highest score won a special prize.

Houserville Elementary School students will hold the annual Arts & Crafts and Caring Fair on Dec. 18, with the price of admission an item for the State College Food Bank. Some of the proceeds from sales will go to a charity of the student’s choosing.

Park Forest Middle School sixth-grade Mountain Lions classes made hats for the State College Food Bank to hand out with holiday meals. The Builders Club organized a food drive for the bank, inviting teams to compete to see which could fill its designated shopping cart the most. Guidance counselors compiled a holiday wish list for PFMS families in need so that they could receive presents from staff members.